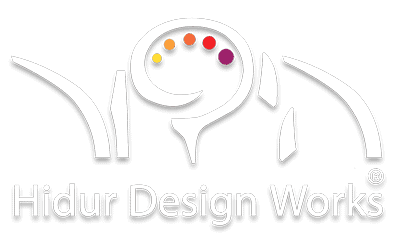 Germany has a problem with the Jews. Again. Or rather – Germans just can’t get rid of it, the problem I mean, no matter how hard they try.

For the past years already, we are witnessing an alarming new rise of this well known old hate in Germany and Europe and even the USA. Antisemitism has become part of everyday Jewish life again all over the globe. However, for the country that signs responsible for the murder of 6 Million Jews, this reality is double-trouble. For decades, Germans have thought of themselves to have conquered and overcome this darkest chapter of their history. Well, not even close.

and then there was halle…

On 9 October 2019 in Halle, Saxony-Anhalt, an attacker tried to enter the local synagogue on Yom Kippur to shoot and kill Jews. He carefully picked Yom Kippur, the holiest day of the Jewish year, when usually most people come to attend the religious services. After unsuccessfully trying to enter the synagogue, he killed two people nearby and later injured two others.

Jews were not surprised that such an attack finally happened. Everything in the past years had pointed in this direction. The Jewish communities in Germany repeatedly expressed their concerns over the security situation but weren’t taken seriously.

A crucial problem that enabled such an attack is the fact that large portions of German society have been living in a state of denial when it comes to the problem of Antisemitism in Germany. And the others, who admit that there is a problem, often display a worrisome state of helplessness.

Nobody seems to know what to do. And if they think they do, strange things are the outcome of this thinking.

In recent weeks two art/design campaigns caught my attention because they are good examples of the existing problem, even more so of the confusion that exists among the greater majority of Non-Jewish German society of how to deal with the „Jewish Question“ in 2019:

I remember it was during one of our summer visits in Germany in the early years after our Aliya. It might have been 2007, 2008 or 2009, but very well over ten years ago, that I first learned about the insult “Du Jude” – “You Jew” in German schools.

Philip, a close non-Jewish childhood friend of our son Elya, told us about it then and how it was a very common insult and slur at his school already for a while.

I felt flabbergasted. How was that possible? On the one hand, the older generations of Germans break out in a sweat when they only should speak the word “Jude” – and here we have young children who, without hesitation or shame, insult each other as such.

In my conversations back then with friends or on the Internet about the problem, people told me that I shouldn’t take this all too seriously. They’re only kids. They don’t know what they’re saying. Don’t be so hypersensitive again. You don’t need to take this so seriously.

Now it is ten years later. The problem has not disappeared. A lot of Germans have hoped it’ll just go away if they look the other way long enough. Others have tried to cover their eyes – as kids like to do when they want to make believe something doesn’t exist because they can’t see it.

But after the attack and murders in Halle, it is hard to still make-believe…

More than ten years after I had first learned about “Du Jude“ from Philip, the Amadeu Antonio Stiftung – in cooperation with the German government, the City of Berlin and the Anne Frank Center has recently launched a poster campaign called “Du Jude #sowhat?“ The campaign is part of the organization’s yearly “Weeks of Action Against Anti-Semitism” in Germany, aimed at German students and schools, addressing the well-known 10-year-old problem.

Finally! Well, yes, but not quite.

don’t be a leek

The campaign is a series of posters that display the famous insult in large letters. Slightly underneath the larger typography is the image of an ostrich, a leek, a wooden pole or a cleaning rag. To the left of each picture and in smaller letters is the inscription: “Don’t let the [leek, ostrich, pole, rag] tell you anything. Jew is not an insult. You Jew! #sowhat?”

The comparatively boring and unspectacular layout of the posters is reminiscent of the “Duden“, the famous dictionary of the German language. Though this is a justified visual approach (we are dealing with language after all), I am not sure if this sort of cold and lifeless visual language is appealing to young students and school children. However, putting that aside, I have a far greater problem with its message.

1. It addresses the victims

Jews know that the word “Jude” by itself is not an insult. We are Jews. We call ourselves Jews. We are proud of being Jews. And we certainly never needed a German Stiftung or the German government to confirm that being a Jew is not a problem. Even 74 years after the Holocaust, German society doesn’t seem to be aware of these simple truths. The Jewish ghost of the Holocaust still seems to be alive and kicking in the Germany of 2019. A sad reality.

2. It’s downplaying the importance of language

A non-Jew yelling „Du Jude!“ will never become something good, no matter how hard you try to tell us it’s all not that bad. Language always has a context. Language shapes realties. Language shapes thinking and feeling. To adresss somebody as a Jew or call “You Jew!” is a world of painful difference. How can you possibly try to play it down this way?

It is interesting to read in discussions on Social Media in the past days, how Non-Jews lecture Jews about the word and its variations, and why and when they are allowed to be offended and when and why not. What happens, in the end, is German society teaching themselves that it’s permitted to call a Jew a Jew. The newest exercise goes as far as allowing themselves to even use slurs like “You Jew!” and Jews should learn to do the same, so German society can feel better again. As usual, when it comes to Germany and its relationship with Jews, it is almost exclusively about the Germans themselves and their fragile feelings of insecurity. Nothing has really changed.

3. It’s downplaying the role of the aggressor

A person using Antisemitic slurs and insults is nothing but a funny bird or a rag? The image of the leek will be hard to understand for anybody who is not familiar with German RAP music or is already older than 20. But be that as it may, all of these comparisons are downplaying the severity of the insult. Oh, I am a funny-looking bird, if I say “Du Jude?” So what? Fighting hatred with the fear of not being cool? Really? I am not sure if it’s the right approach to disqualify an insult with another insult (bird, leek, rag, and pole are all condescending insults for another person in the German language) That’s how you want to teach the children? There has to be a better way…

where do we go from here?

It must be acknowledged that all of this happens with good intentions. I am convinced that an institution like the Amadeu Antonio Stiftung is acting only with the best intentions. But then why is it done so poorly? Why is it done so superficially? Yes, education is needed badly for the youngsters, but then address the problem and be serious about it.

Cause otherwise we’ll meet again in ten years and discuss the next attempt of how to fight today’s problems. All collateral damage in the meantime included.

The way of sinners is made plain with stones, but at the end thereof is the pit of hell.